Saturday ,third and final day of mouldmaking for the Mary MacKillop Sculpture Cameron working at the bottom skirt applying fibreglass. Note the lift table is useful as the sculpture can be raised and lowered for working. 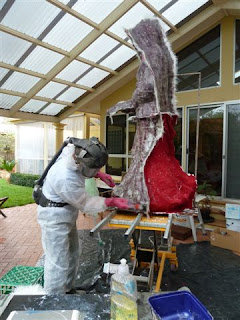 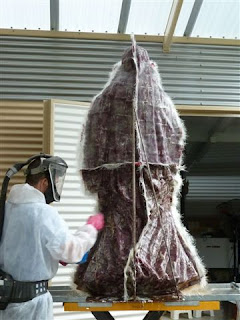 Showing back supports for the sculpture. 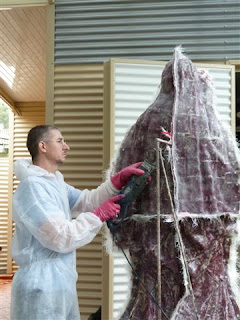 Cameron using an electric saw to trim off the edges of the moulds.
He has already drilled holes for the bolts for when the moulds are reassembled. 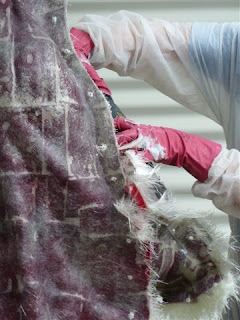 The wispy outline of the fibreglass is trimmed. 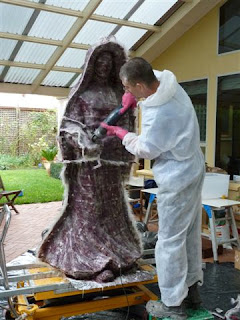 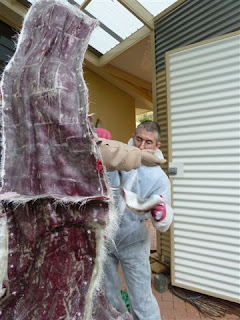 The inside of the mould, the thumb is left behind in the rubber. 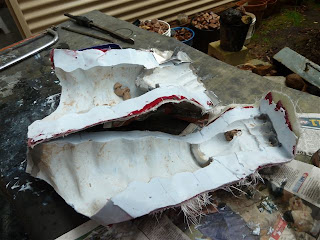 A little persuasion is needed to break the suction of the mould against the clay. 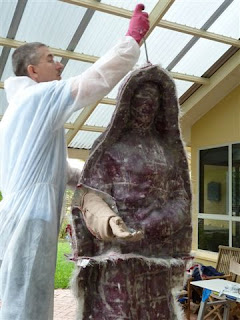 A wedge is forced between the two layers of mould. 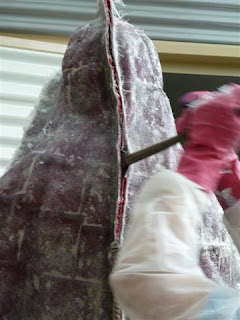 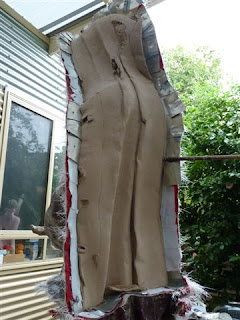 View of  the inside of the piece removed. 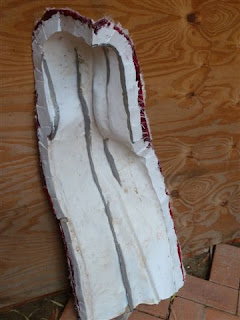 Easing the head mould off the sculpture 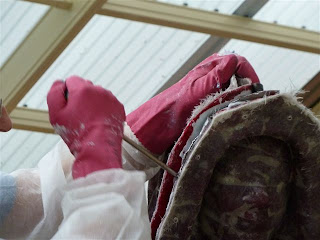 Handy spot for a tool. 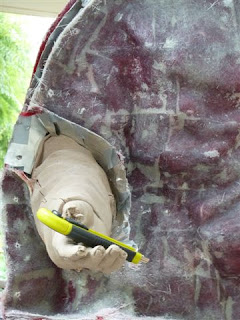 Side of mould removed. 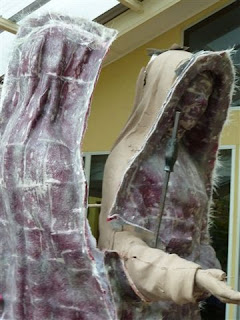 Tug of war to remove. 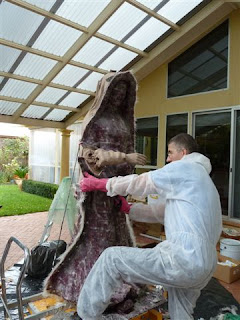 Posted by judsculpt at 3:20 PM