Sculpture of St Anthony of Padua

Father Tony Frey from the Holy Trinity Catholic Church,in Curtin, Australian Capital Territory,  commissioned a sculpture of St Anthony of Padua in 2013
I had previously sculpted a bust of St Mary MacKillop for the church and Father Tony had two plinths made when St Mary MacKillop  bronze was finished.

I researched the subject and made some sketches for the sculpture and also made several small maquettes to work out the possible placement of the Baby Jesus.

After the general sculpture was approved I then welded  a basic armature to begin the modelling.
The sculpture needed to be about the same size as the Mary MacKillop sculpture as the plinths were the same size.
I proposed to have a life sized bust of St Anthony wearing the traditional habit of a Franciscan Monk.
He would be depicted in his early 30's with a tonsure hairstyle and would be holding the Christ Child in his hands and be looking at the child whilst the child would be looking forward with his hand lifted.

I began with St Anthony and worked on his habit and the tilt of his head. 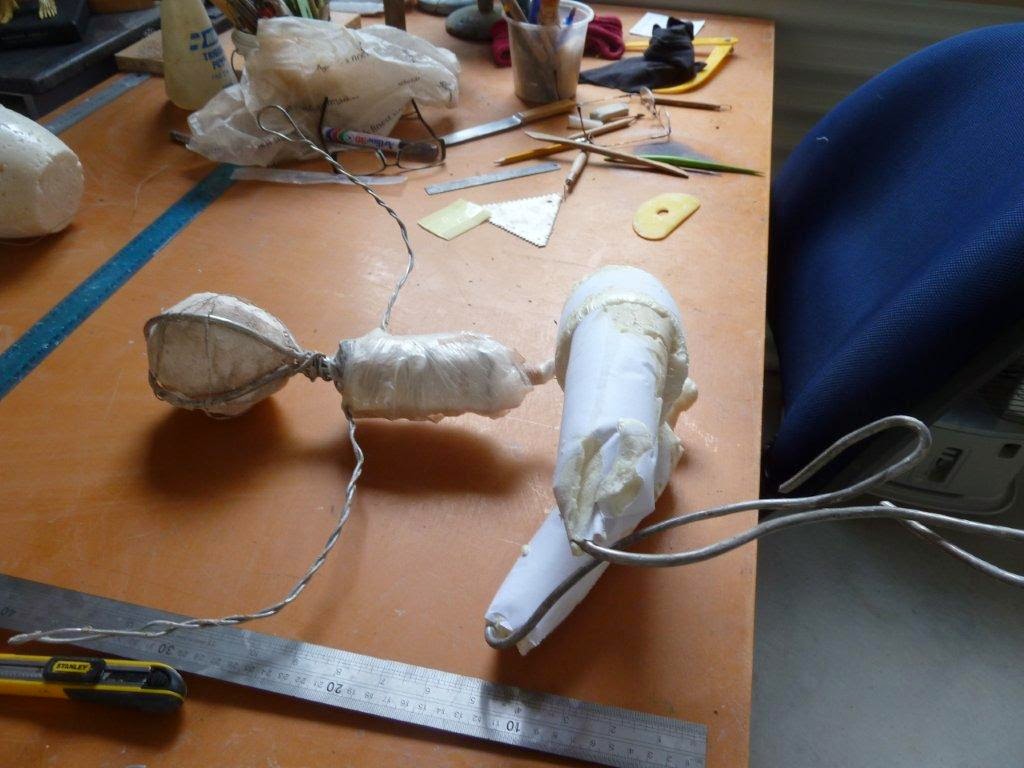 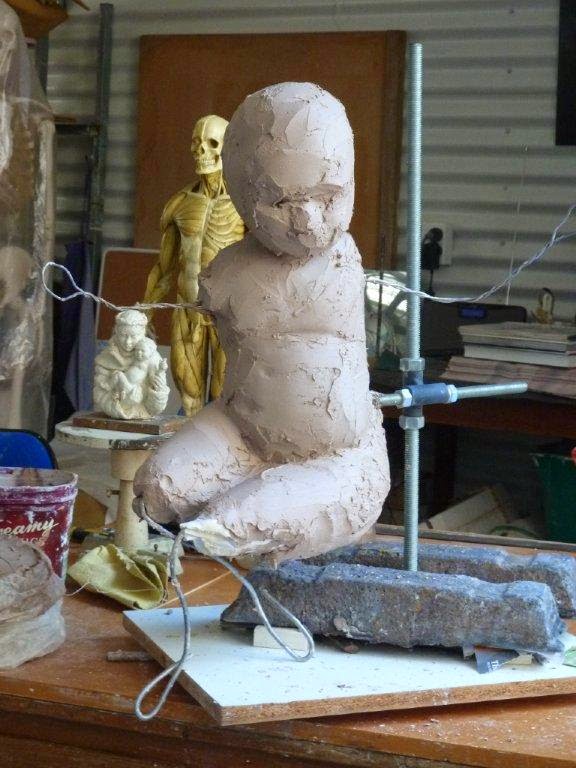 and attached it to St Anthony


Looking at hand positions
Whilst working on this piece I worked with two families with young boys 12 months old.
I needed the fathers to hold their sons in a comfortable position. I was able to photograph them and work out the best position for the sculpture of the Christ child.

The work had to be shipped to a foundry in Victoria so the sculpture was photographed then wrapped  in Gladwrap and foam to be picked up by a carrier to be shipped 900km to the foundry.


The foundry received the sculpture in good order and began moulds of the sculpture.
I flew to Melbourne to look at the work after casting.


Here Cameron welds on the hand

The cast is sand blasted before patination .

St Anthony is packed and shipped to the church at Curtin, ACT.
The blessing of the sculpture was  on March 29th 2014.
Posted by judsculpt at 8:51 PM 0 comments